The Hall of Fame Pitch for Curt Schilling

Curt Schilling has always been a very polarizing figure to the fans and media that follow Major League Baseball. Outspoken and controversial, Schilling has never shied away from making his political, social, and baseball opinions public knowledge. In addition, the recent catastrophic failure of his video game company, 38 Studios, and their default on a $75 million loan to the state of Rhode Island have left many shaking their head at the very mention of Curt Schilling’s name. However, when it comes to Curt Schilling the baseball player, polarization should not exist. 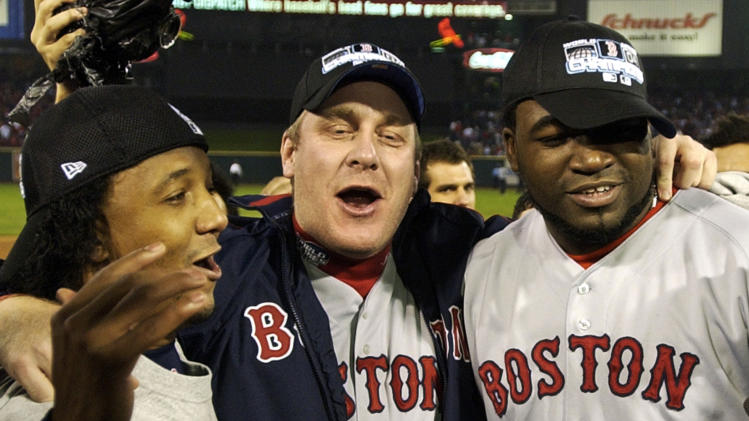 In order to truly analyze Schilling’s career, it’s important to go much deeper. First, wins are an extremely flawed statistic. The pitcher can only control so much during a baseball game. Lack of run support or a bad bullpen can hurt the starting pitcher’s chances of picking up a win in any start. In addition, pitchers are often victimized by poorly positioned fielders, fielding errors, and just plain bad luck on batted balls in play. A pitcher should be judged on what he can control, namely allowing runners to reach base. In this regard, walks and strikeouts should be emphasized. The pitcher can prevent runners from getting on base via a walk, and he can take the risk out of batted balls in play by striking the batter out. When it comes to walks and strikeouts, Schilling was a master at his craft.

Schilling is 22nd all-time in strikeouts per 9 innings pitched at 8.6. He is 82nd all-time in walks per 9 innings pitched at 1.962. However, Schilling’s most telling statistic is he’s 2nd all-time with a strikeout/walk ratio of 4.383. Over a 20 year career as mostly a starting pitcher, this is truly remarkable. Schilling’s knack for being a power pitcher with excellent control consistently gave his team a great chance at winning his starts by limiting the amount of runners on base with a free pass and the chance of batted balls in play producing runs. He excelled at what he could control as a pitcher.

From an advanced statistical standpoint, Schilling belongs amongst the greats of the game. He is 62nd on the all-time Wins Above Replacement (WAR) list at 79.9 and 26th all-time on the WAR for Pitchers list at 80.7. There are several Hall of Fame pitchers on that list ranked behind Schilling including Old Hoss Radbourn, Don Sutton, Red Faber, Amos Rusie, Jim Palmer, Carl Hubbell, Bob Feller, Dennis Eckersley, Juan Marichal, and Don Drysdale. Schilling is equally impressive in the career rankings of various Hall of Fame advanced metrics. He’s 36th all time for pitchers in Baseball-Reference.com’s Black Ink and Gray Ink. He’s also 27th all time for pitchers in Jay Jaffe’s JAWS which measures Hall of Fame credentials based upon players already enshrined. It emphasizes the 7 best WAR seasons in a player’s career which demonstrates a player’s level of dominance during their prime. In short, Schilling is statistically right in the thick of some of the best pitchers the game has ever seen.

Qualitatively, Schilling has provided baseball with some of its greatest moments. Known as a big game pitcher, Schilling, along with Randy Johnson, was a rock for the 2001 Arizona Diamondbacks en route to the franchise’s first World Series Championship. He shared the 2001 World Series MVP award with Johnson and went 4-0 during those playoffs with a 1.12 ERA. In 2004, Schilling was crucial in the Red Sox’ first World Series Championship in 86 years. During that postseason, Schilling won Game 6 of the American League Championship Series while having a severely injured tendon sheath in his right ankle. This is famously referred to as the “bloody sock” game. Schilling went on to pitch successfully in the World Series against the Cardinals with that same injured ankle. In 2007, Schilling again played a major role in bringing another World Series Championship to the Boston Red Sox. For those writers who look at a player’s careers in terms of championships and how they perform on the big stage, it doesn’t get much better than Curt Schilling.

While I expect Schilling’s vote total for the Hall of Fame to increase this year, I don’t expect him to be inducted in 2014 as this year’s Hall of Fame ballot is exceptionally strong and many voters are known for limiting their ballots to only a few, select players even though they can vote for up to ten. First year players on the ballot include Tom Glavine, Mike Mussina, Frank Thomas, and Greg Maddux. In addition, second year eligible players that should see a boost in their vote totals include Craig Biggio, Mike Piazza, Roger Clemens, and Barry Bonds. However, I hope that many voters will look at their ballots more closely this year and really dig into the career numbers of Curt Schilling. If they do, they’ll find a pitcher who has more than enough quantitative and qualitative attributes to be immortalized in Cooperstown.

Posted on January 3, 2014, in Uncategorized and tagged Baseball, curt shilling, hall of fame. Bookmark the permalink. Leave a comment.